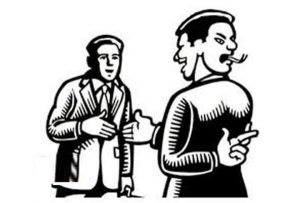 Tinius has just hacked into the Facebook account of the smartest and most stubborn girl in his class, and on her Facebook messages, there was a conversation she had had with a grown man; a grown man telling the girl, Malin, that “he claimed that he had been in contact with several [modeling] agencies that had shown interest in her”(Page 35). That catches the eye of Tinius, whose mother is a police officer. Tinius has always wanted to handle police work as well as her. So Tinius looks at this as his big chance to deal with police work and prove to his mother that he could handle the work of a police officer. He quickly realizes that this man is a pedophile, and he has to figure out who he is. Throughout the story, Tinius is always trying to figure out who the pedophile is and sometimes performs dangerous tasks in order to get a step closer in solving the mystery.

This book has a strong message: Choose the correct friends and choose them wisely, or else they can use you for their own personal advantage; they can turn out to be someone you didn’t expect them to be. Magnar is Tinius’ mum’s best friend, and to Tinius, he is a really nice guy. Just like Tinius’ mother, Magnar is also a police officer. In one of the dangerous attempts of figuring out who the pedophile is, Tinius sets up a meeting with the pedophile through Malin’s account. Tinius plans on meeting the pedophile at a shopping mall, but as the pedophile doesn’t know that it is Tinius who is behind the planning of the meeting, Tinius will use this to cover up and hopefully get a glimpse of who the pedophile is. When arriving at the shopping mall, Tinius sits at a cafe overlooking the planned meeting spot, but the observation is soon ruined by Magnar showing up. Magnar explains: “A well-known abuser has created a Facebook group that we are following. He claims to be an agent for model agencies, and lures young, naive girls. We have followed the messages and waited for him to propose a meeting with one of them… When we saw that he was going to meet a girl named Malin here today, we created an observation post. But when I saw you at the agreed meeting place, I realized something was wrong.(Page 40)” Magnar is apparently working on exactly the same case as Tinius. Thereafter, Tinius meets Magnar at many places while investigating; a bit suspicious.

Why does Magnar pop up everyplace that Tinius goes to investigate the case? This is a question that Tinius also wonders. “Does he [Magnar] work with this assault case?(Page 95)” Tinius asks his mum. The mother surprisingly answers “No, why?(Page 95)” This makes it even more suspicious to Tinius, and he soon realizes who the suspect is. There is no way for Tinius to tell his mother his findings, because, as the theme suggests, Magnar uses his friendship with the mum and his profession as a police officer to cover up what he has done. On page 131, it says “Magnar grabbed the jacket of Tinius and pulled him up. Placed his fist around his neck and squeezed so it became almost impossible to breathe.” Magnar, who Tinius had once valued and really cherished had turned into an evil, paedophilic person. Tinius tries to tell his mother what happened, but he was too late. Magnar had already spoken to Tinius’ mum and told her all lies; something that repeatedly happens throughout the rest of the story. The mother says “You [Tinius] tried to damage important evidence. And that you [Tinius] went loose on him [Magnar] when he tried to speak to you to calm you down. What in the world are you doing? I don’t get it!” There was no point in attempting to make his mother believe in the truth, because the only one she wanted to believe in was Magnar. Tinius’ mother believed in the lie much more than she believed in the truth, because of the fake friendship that Magnar had developed between himself and Tinius’ mum.

Choosing the correct friends is super important. Tinius knew all along that Magnar was behind the messages, but Magnar was so good at keeping a close relationship and telling lies about Tinius to Tinius’ mother, that Tinius had no possibility of creating any suspicion at all among others. Magnar told Tinius’ mum so many lies that she believed in, while Tinius’ mother wouldn’t listen to Tinius’ “crap” a single second. Well, at last, it turned out that Tinius was right all along. People who want to use others in order for their personal gain, often pretend to create a good friendship with who they want to use in order to gain something. A big trait in fake friends is that they often don’t plan get togethers and don’t want quality time to connect. The only times that Magnar hanged out with Tinius’ mum was when he wanted to gossip about Tinius. And after Magnar figured out that Tinius could really cause harm to him, he started appearing at Tinius’ house more often than ever before, trying to redirect the attention to the “bad” manners of Tinius. Therefore, picking the right friends is extremely important. If you don’t, the fake friend might backfire and turn out to be someone they actually aren’t; just like what happened in Rookie.

Tinius has hacked into the Facebook account of the smartest and most stubborn girl in his class, and there was a conversation on her Facebook messages with a grown man; a man who asked for modelling pictures. And that man… that man turned out to be the best friend of his mum. Accordingly, whenever you’re choosing a friend, or you become friends with someone, always ask the question: “Why does s/he want to be my friend?” If you get the answer, “Because we support each other, make eachother laugh, etc.” then great. If you don’t get any reason at all, and you might suspect that s/he is using you for personal gain, then it is maybe time to rethink your decision in becoming that person’s friend. Choosing your friends wisely is always important, because they are who are going to be with you for the rest of your life. The people you decide to make a connection with now are going to have an effect on you for as long as you live. Tinius’ mum had made a connection with the wrong person; a person that took actions totally against the law. Hence, choose the right ‘BFF’!

Welcome to 23blogs Sites. This is your first post. Edit or delete it, then start blogging!